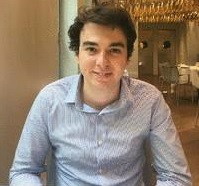 John Young completed his 4 year MEng in Chemical Engineering from Imperial College London in 2019 with a 2:1. His final year research project focussed on the depolymerisation of kraft lignin, using mechno-catalysis, with the goal of obtaining valuable petrochemicals from non-fossil fuel sources. Meanwhile his final year design project was the design of a plant to produce carbon fibre from the bottom of the oil barrel. It was hoped that this could make a step-change to the price of carbon-fibre reducing the usage of materials with a large carbon-footprint, like steel. During this project he focussed on the reactor design, which gave him an opportunity to learn CFD using the program, Fluent. John undertook a summer research placement at Imperial College after his 2nd year at university. Here he investigated plastic pyrolysis and studied the kinetics using a TGA. The aim for the research was to explore the possibility of producing liquid fuels from plastic that can no longer by recycled.

After his 3rd year, John went to AstraZeneca for another summer placement. Here he worked in the chemical development team, and spent his time characterising and developing a model for a unit operation, which was new to the process engineering team. This operation was wiped-film evaporation, which was required to concentrate an aqueous oligonucleotide solution. The oligonucleotide was temperature sensitive and a highly viscous, once concentrated, meaning wiped film evaporation was the best way of performing this manufacturing step. He used first principle mass and heat balances and coded these into gProms custom modeller after which experimental data could be fitted to the model. The experimental data was collected using a full-factorial “Design of Experiments”, and he used partial least-squares regression to empirically correlated process parameters, such as wiper rotational speed, to mass and heat transfer coefficients. The model he developed ended up outperforming a pre-built model in DynoChem that was used for comparison.
John also has experience working with MATLAB, Aspen, GAMS, and Visio, on top of the software mentioned above. He would also like to get to know Python and learn how it can applied to his adsorption process modelling work, as it is a universally used coding language.

Outside of research, John is a very keen cricketer, and spent the last 3 years of his undergraduate course on the university’s club committee, latterly as the 2nd XI captain. One of the main focuses as the 2nd XI captain was to help improve the skills of other players who were newer to the game than himself. John also spent time captaining and managing a 6-a-side football team and enjoys watching tennis.